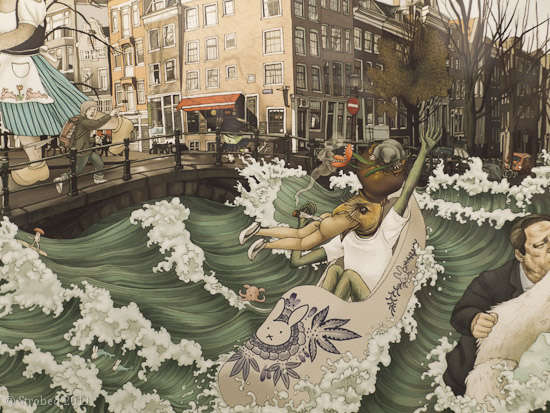 The Flooding of the Prinsengracht (detail) - Kozyndan, digital print

Outré Gallery is proud to present “Washed Away” by Kosy and Dan… aka Kozyndan.  We can’t help but think their work is like a “Where’s Walley” for grown-ups. The depth, humour and detail in the duo’s work is just brilliant. 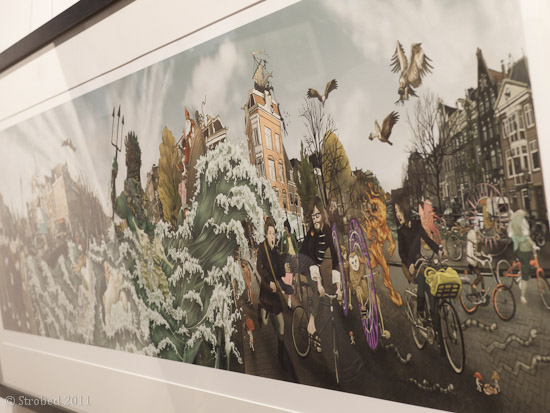 The Flooding of the Prinsengracht - Koyzndan, digital print

Hailing from Los Angeles, Kozyndan have developed a loyal following in Australia. It’s exiting that the love was returned with a series of exhibitions featuring original work and new prints across Outré’s 3 Australian locations. 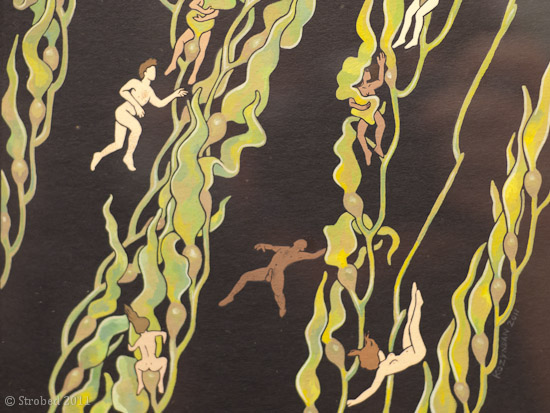 Hanging Around - Koyzndan, gouche on paper

Koyzndan’s original drawings and paintings hung alongside their digital prints. It was such an insight to their process to be able to examine their concept sketches alongside the finished digitally rendered works. Equally impressive was the fact that their traditional art practice was just as polished as their digital illustration. 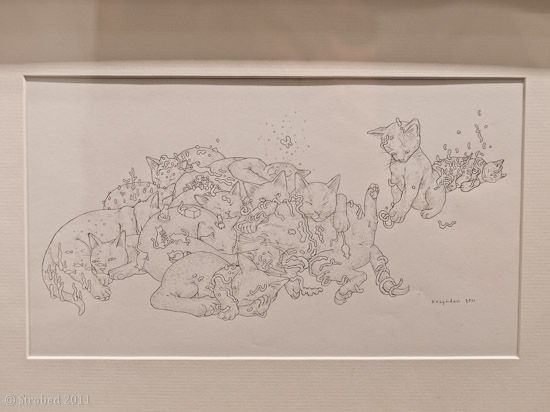 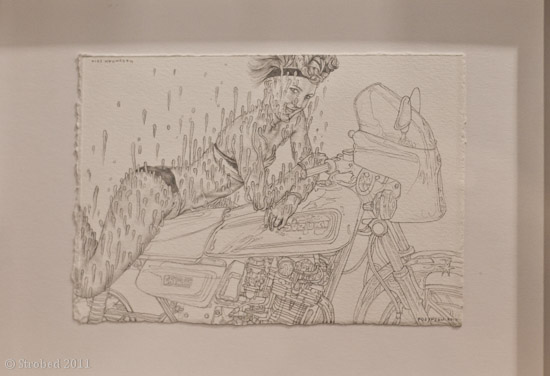 This exhibition was a great reminder of how much fun people can have with their artwork. So many artists get pushed into taking themselves and their work far too seriously… 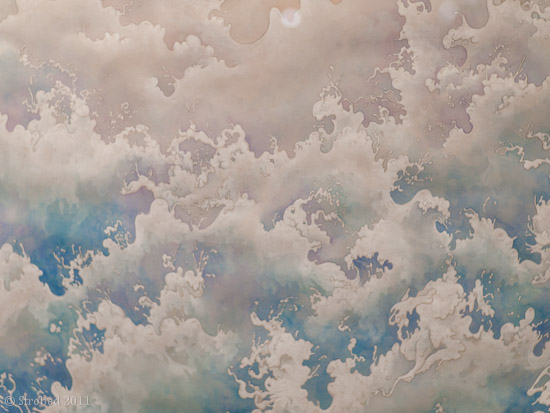 I overheard someone saying that the artists like to sneak self portraits into some of the works. Cheeky. Maybe you can find them in the waves, or in the flooding of Amsterdam.

A few of Koyzndan’s “oldies” also made appearances. 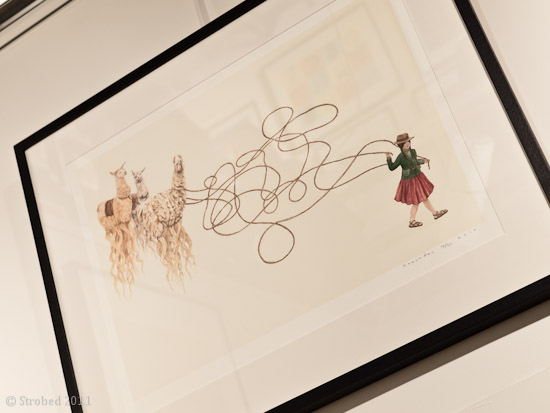 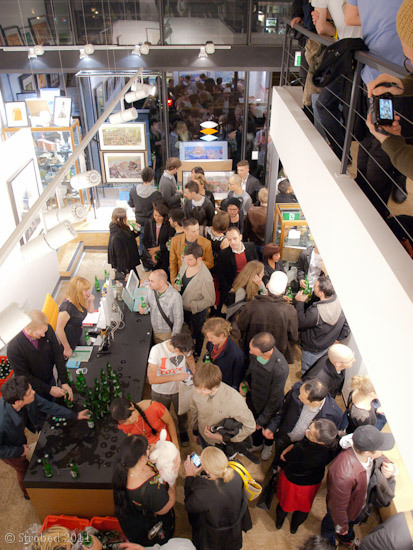 Outre was again enforcing a strict door list policy, but even then we had to be prepared to get cozy. Mmmm… 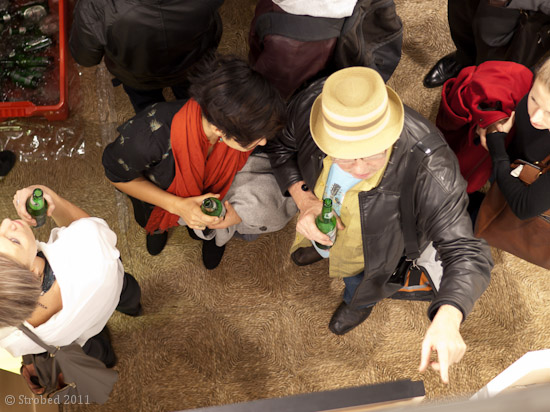 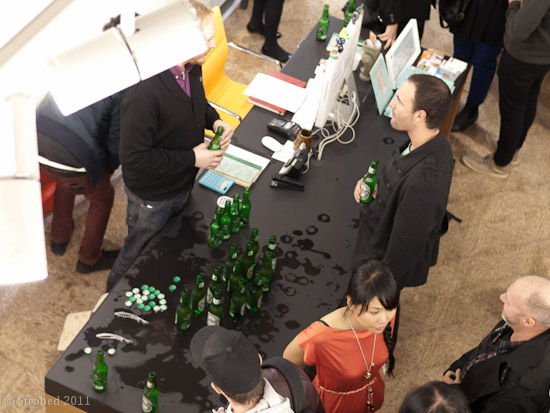 “Washed Away” is at Outré until June 5th. But even if you miss the show, they’ll always have some tasty Koyzndan to tickle your fancy.